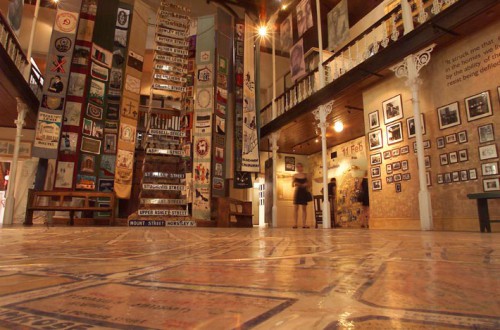 UNESCO published the Global Report on Culture for Sustainable Urban Development in late 2016. Two UN events stimulated its creation: a document entitled Transforming our World: the 2030 Agenda for Sustainable Development, which emphasizes seventeen global goals for future international collaboration, was signed in September of 2015 at the Summit in New York. Habitat III, the conference held once in twenty years and dedicated to housing and sustainable urban development, took place in Ecuador in October of 2016. The question of culture’s role in urban development, and what problems it can solve, was raised at both events. To answer it, UNESCO summarized global experience and included successful cases of landscaping, cultural politics, events, and initiatives from different corners of the world in the report. It is fascinating.

This article, written by Svetlana Kondratyeva and translated by Olga Baltsatu for Strelka Magazine, examines the most interesting cases of the role of culture in sustainable urban development based on the UNESCO report. South Africa features with the District Six Museum posted as a landmark of tragedy.

“Conflicts also have an opposite side: sometimes they give cities new landmarks and practices and solidify their identity. In their description of southern African countries that experienced liberation movements and changes of government, the authors of the report allocate this kind of heritage to a separate category. It includes uprising squares, former prisons, and dictators’ palaces. The District Six Museum, opened in Cape Town in 1994, represents another similar case. It is dedicated to the period of apartheid and the forced transportation of 60,000 local citizens. The exposition presents the map of the area with handwritten notes from former occupants, indicating the location of their homes and old street signs, and also stories of the relocated families. The museum has become both a landmark of the tragedy and the meeting point for those who identify themselves with the district’s history.”
Asics footwear | Nike Shoes, Clothing & Accessories