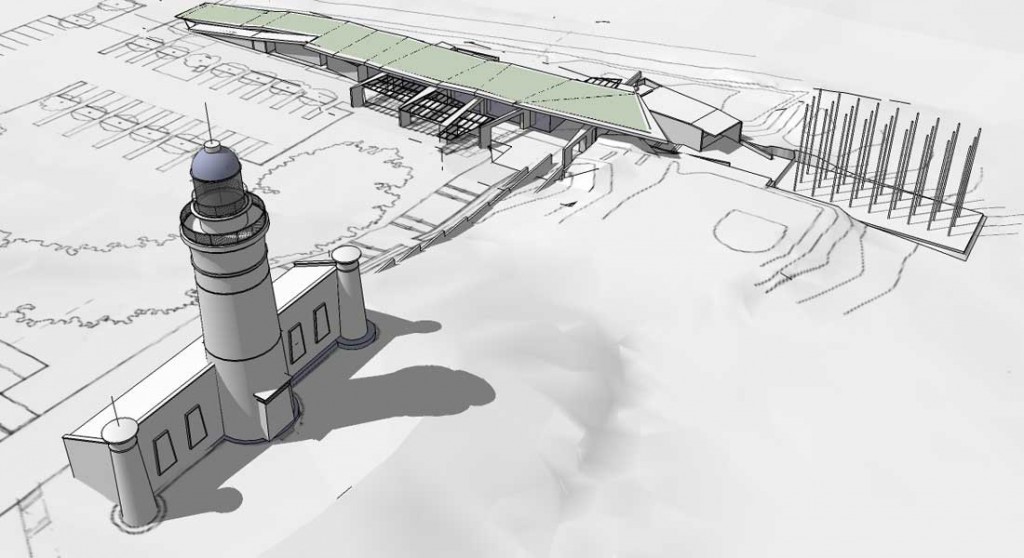 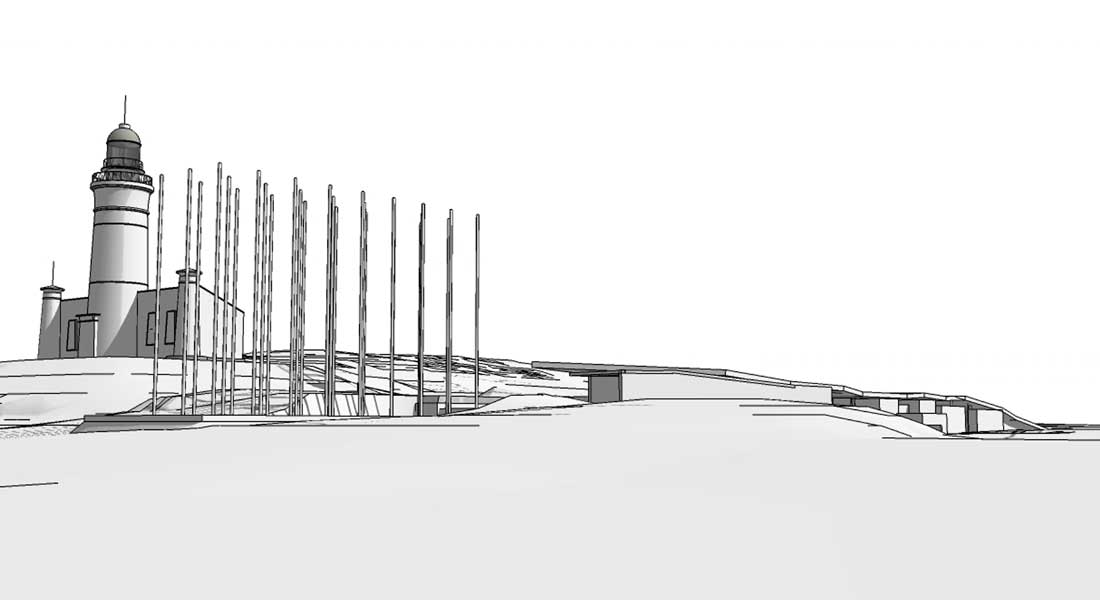 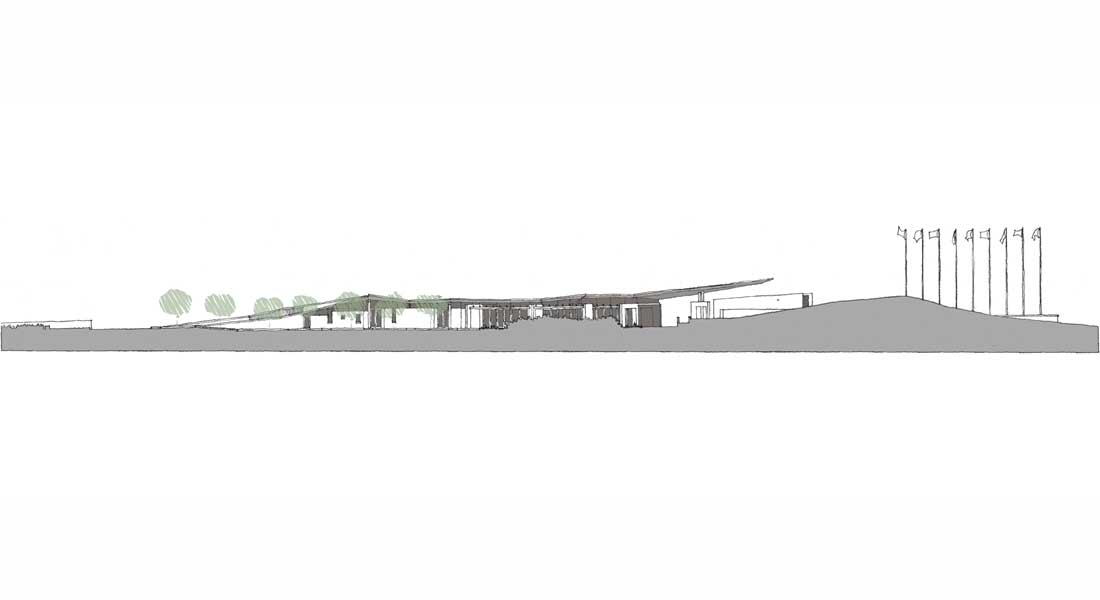 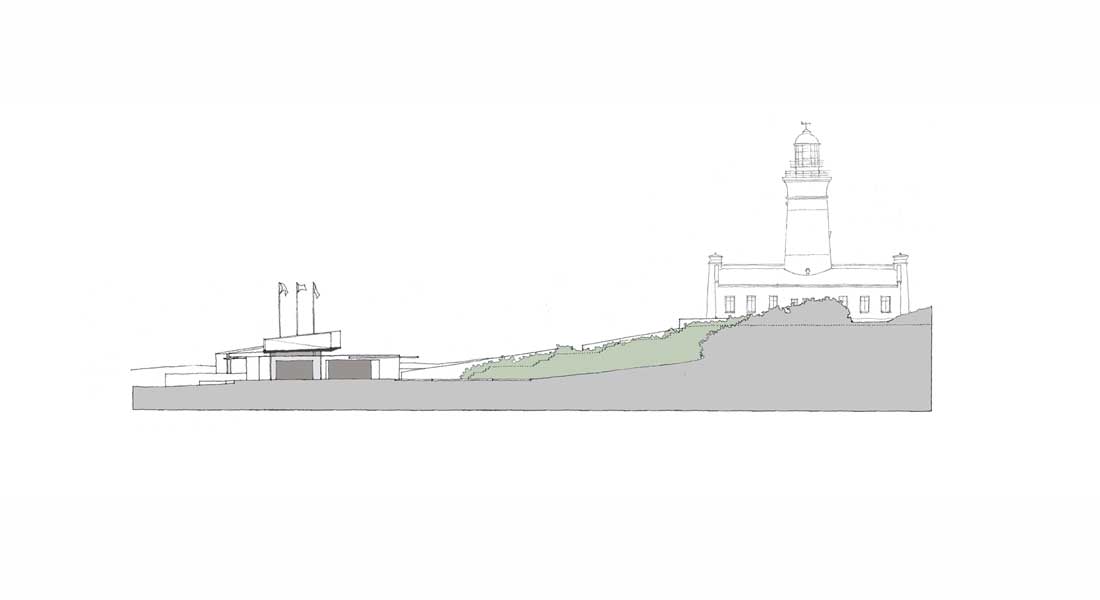 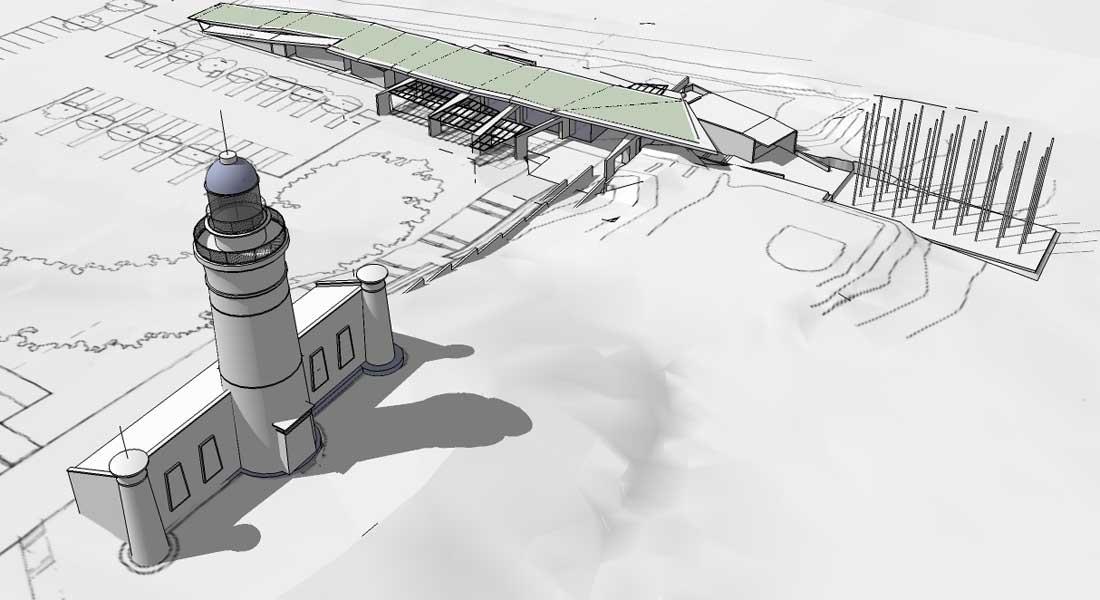 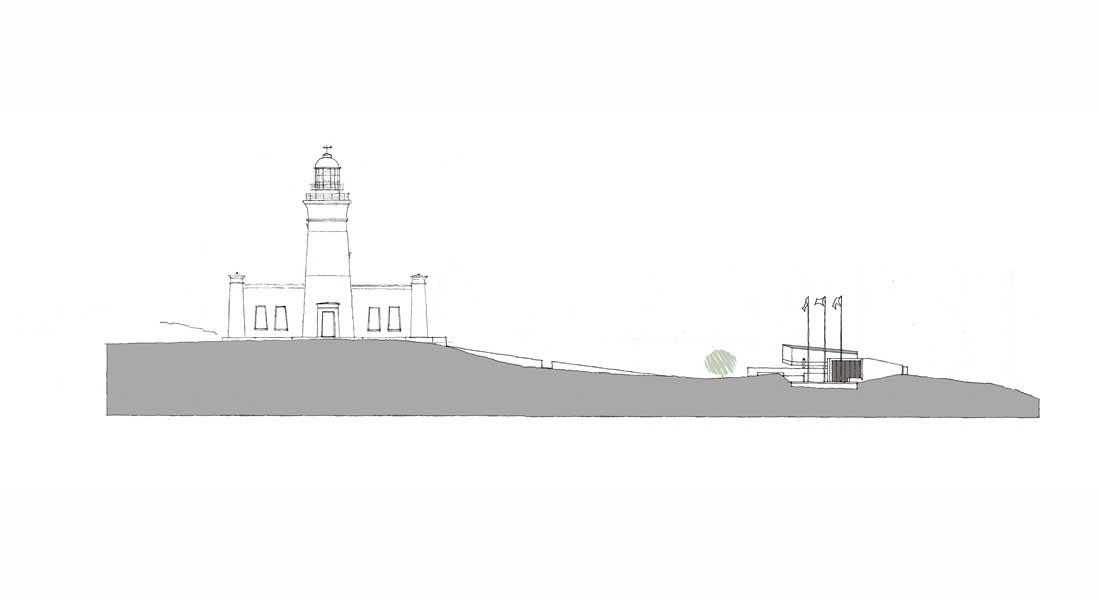 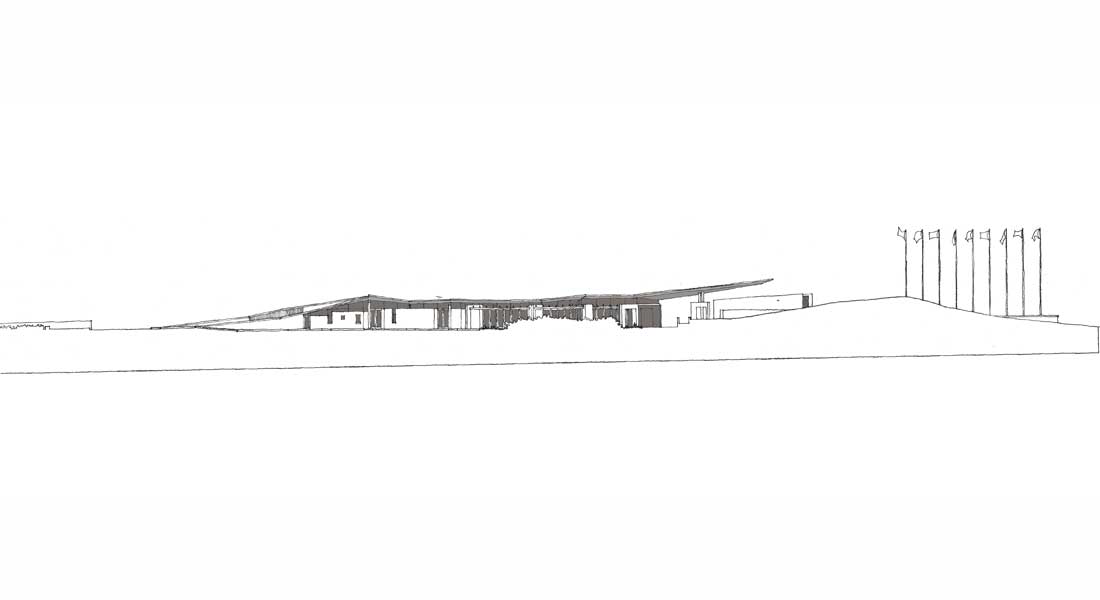 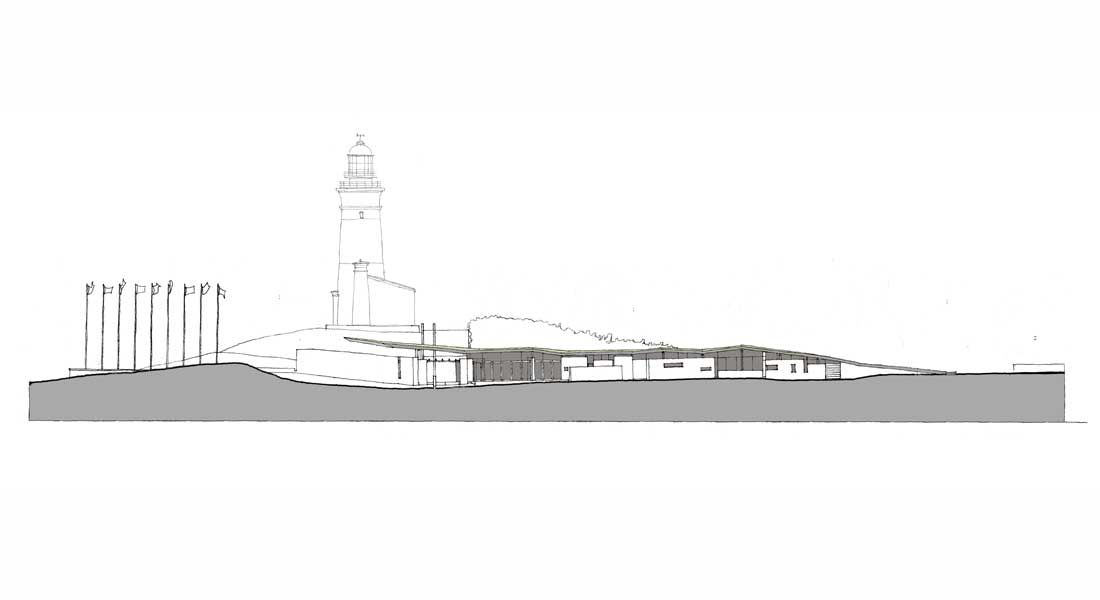 The competition brief for the Agulhas Lighthouse called for a gateway to the southernmost point of the African continent and a focal point for Agulhas National Park.

The proposed new building is intended to create a counter-point to the existing lighthouse.  It is conceived as a man-made construct and a physical manifestation of co-ordinate lines on the low-lying and previously disturbed area to the east of the lighthouse.

The latitude line of the lighthouse defines the ‘open construct’ of the project: walkways and terraces link the existing lighthouse and its new museum component with the main building as well as Cape Agulhas itself.

The main enclosed building is aligned with a longitude line, with its components located under a gently undulating and planted concrete roof, which reads as a manipulated ground plain.

At the Cape itself, these constructs are repeated to fix the actual southern-most tip of the continent and to suggest directional links with other continents and places.

The loss of ships along this treacherous coastline is represented by a regimented collection of flagpoles at the southern, ocean-facing end of the building.Adidas footwear | Men’s shoes